Pharisaism replaces rest in Jesus with demands for spiritual performance. People under a Pharisaic system can develop a distorted image of God. In John 10:11-21, we will discover that our Good Shepherd, Jesus Christ, is on our side and not against us.

We saw in John 10:1-10 that we can trust Jesus as the true Shepherd because of …

– The doorkeeper’s (John the Baptist) confirmation (John 10:3a)

The Pharisees had not entered the sheepfold in the prescribed manner, that is, through faith in God’s Promised-Messiah, Jesus Christ. The Messiah and God’s provision of salvation through Him was a gracious gift not to be earned through compliance with the Law. Because of their unbelief, the Pharisees were false shepherds who misled their followers onto a treacherous path of dependency upon their own efforts to save themselves. Since they led the sheep along the wrong path away from the life Jesus offered, Jesus called them thieves and robbers of God’s sheep.

REALIZE HIS SACRIFICIAL INTEREST IN ME (10:11-13). Beginning in verse 11, there is a stark contrast between the Good Shepherd and the thief. Jesus identifies Himself as the Good Shepherd when He said, “I am the good shepherd. The good shepherd gives His life for the sheep.” (John 10:11). This is another “I AM” statement by which Jesus claims to be the same God Who spoke to Moses in Exodus 3:14.

Notice that Jesus is not a mere shepherd, but “the good shepherd.” What does  “the good shepherd” do? He “gives His life for the sheep” so the sheep might live, but the thief comes to kill the sheep so he might live (John 10:10a). False shepherds come to take from others, but the Good Shepherd comes to give His life for the sheep. Jesus has the best interest of the sheep in mind. He laid down His life so that those who believe in Him may have eternal life (John 3:14-15). The word “for” in John 10:11 refers to the substitutionary death of Christ. Christ died “for” us or “instead” of us. He died in our place so we may live.

The Bible is clear that “all have sinned and fall short of the glory of God” (Romans 3:23). Since God is a holy God, He must punish sin. God says that “the wages of sin is death” (Romans 6:23). The word “death” here refers to eternal separation from God. All people deserve to die forever in the Lake of fire (Revelation 20:15).

God could have permitted us to take our own punishment. But instead, 2,000 years ago, God’s perfect Son took our place on the cross and died as our Substitute. The Bible tells us, “But God demonstrates His own love toward us, in that while we were still sinners, Christ died for us” (Romans 5:8).

A California newspaper reported that a man fired a gun into a pedestrian-filled sidewalk. To shield a three-year-old boy from the hail of bullets, a twenty-nine-year-old apartment manager grabbed him and ran back into the building. Carrying the boy, he ran up a flight of stairs before collapsing from two bullet wounds in his chest. A policeman observed, “He brought the boy out of the line of fire and died because of it.” 1

As our Good Shepherd, Jesus Christ took what caused our death, our sin, and died for us before coming back to life three days later. By dying in our place, Jesus satisfied God’s holy demand to punish our sins. Jesus is alive today and He has the power to save us from hell and give us eternal life. Jesus is the one and only “door” (John 10:9) for the sheep. He is the only One

Have you ever come to the point where you accepted Jesus’ death on your behalf? If not, would you like to now? Simply take Christ at His Word when He said, “Whoever believes in Him should not perish but have everlasting life” (John 3:16). The moment you believe or trust in Jesus alone, He gives you eternal life which can never be lost or taken away from you.

The shepherd, on the other hand, owns the sheep and cares for their safety enough to even die for them (John 10:11). Christ loves His sheep so much that He was willing to purchase them with His own blood. The hireling is like the religious leaders who only cared for themselves. They used the peoples’ religious performance to meet their own spiritual needs instead of really caring about the needs of the people.

We can act like a hireling when we put our own needs ahead of the people God wants us to serve. For example, when a brother or sister in Christ is opposed by others because of their Christian faith, will we identify with them and support them at the risk of being attacked ourselves? Or will we withdraw from them to protect ourselves? Our Good Shepherd was willing to take a stand and fight for us against the forces of hell when He went to the cross on our behalf. As we grow closer to Him, He can help us put the needs of others ahead of our own.

Prayer: Your goodness, my Lord Jesus, was clearly and powerfully demonstrated when You gave Your life for the sheep. Unlike a robber or a hireling that cares more about himself than the sheep, You were willing to sacrifice Yourself so we may live forever with You after believing in You. False shepherds come to take from others, but You came to give. Knowing You have my best interest in mind invites me to grow closer to You. This can be difficult for me at times because I let my past wounds from spiritual leaders interfere with my view of You now. I pray Your Holy Spirit will remind me that since You gave me Your best when I was at my worst, how much more will You do now that I am in Your sheepfold (cf. Romans 8:31-32)!?! Please live Your life in and through me so others may experience Your goodness as a result. Thank You my Good Good Shepherd. I love You. In Your name I celebrate! Amen. 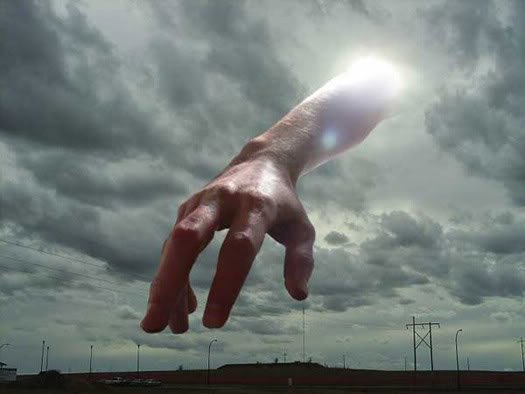 “Fear not, for I am with you;  be not dismayed, for I am your God. I will strengthen you, Yes, I will help you, I will uphold you with My righteous right hand.” Isaiah 41:10

When the prophet, Isaiah, wrote Isaiah 41, his readers were not yet in captivity in Babylon. But he addresses questions that his readers would have about this coming captivity. Could God deliver them or would God save them from the coming disaster? God reminds His people in chapter 41 that because He is a great and gracious God Who will deliver His people from disaster, they can still trust in Him.

The Lord, through His prophet, Isaiah, assured the fearful nation of Israel that it did not need to fear the nations of the world (Isaiah 41:1-7) because God remained committed to His people and would use them to accomplish His purposes (Isaiah 41:8-20). What really caught my attention in this section was verse 10 where the Lord says to His people, “Fear not, for I am with you;  be not dismayed, for I am your God. I will strengthen you, Yes, I will help you, I will uphold you with My righteous right hand.” (Isaiah 41:10). This verse is loaded with encouragement for us during these uncertain and turbulent times.

“Fear not, for I am with you” – We are often afraid when we perceive ourselves to be alone in the midst of uncertain times. As we have to deal with social distancing and unrest in our society, we may think we are all alone with our fears. But God assures us that there is no need to fear because HE IS WITH US. God’s presence in our lives replaces our fears with His peace. Because no one and nothing is greater than our God, we can be free of fear.

“Be not dismayed, for I am your God” – God says not to be dismayed or discouraged because He is our God. As Christians, we are not immune to trials and difficulties (cf. John 16:33). We can experience confusion as we face major challenges. We don’t always understand why things happen the way they do. You may lose your job or your health. A loved one may die. You may be falsely accused of wrongdoing. When faced with confusing situations, God says not to “be dismayed.” Why? Because He is our God! God does not always give us answers to our “Why” questions. He gives us Himself.

“I will strengthen you” – Do you feel your strength slipping away? You feel as though you cannot hold on much longer? Don’t give up. Give in to God. He says to you, “I will strengthen you.” It is God who strengthens us to face each day. When our resources are depleted, we can easily fall victim to fear. We don’t have the energy needed to live above our circumstances and insecurities. But God does. Wait upon Him to renew your strength. He is there for you.

“Yes, I will help you” – Have you been let down by others? Are you the recipient of broken promises from those who said they would be there for you? God says to you, “I will help you.” He does not say, “I might help you.” Nor does He say, “I will try to help you.” He says, “I WILL help you.” This help from God is an absolute certainty! Our confidence does not need to be shaken when we see society collapsing around us because God has not changed. He still helps us amidst the chaos and social unrest.

“I will uphold you with My righteous right hand” – Do you feel like you are drowning under an avalanche of change? Does it seem like you have been treading water for months and you can no longer stay afloat? God wants you to know that there is no way He is going to let you drown. He guarantees to “uphold” or support you with His “righteous right hand” that does what is right when others constantly do wrong. The same hand that placed the sun, moon, and stars in the sky (Psalm 8:3) will not let go of you. His grip on us remains firm even when we waver in our walk with Him (John 10:28-29).

Prayer: Lord God Almighty, thank You for encouraging me with this one verse. I don’t like to admit it, but my faith can easily be overrun with many fears especially when I listen to the sensationalism of the media. When I feel overwhelmed with loneliness and fear, please redirect me to the fact that You are with me. Nothing and no one can separate me from Your love. When my life is filled with confusion and unanswered questions, you don’t always give me answers. You give me something much better. You give me Yourself. Thank You for the strength Your presence gives me to face my fears and insecurities. When others break their promises to me, You keep Yours. I can always count on You to deliver on what You have said. I appreciate the constant support You give me. Your righteous right hand never lets go of me. Thank You for holding me up when I am ready to collapse. Bless Your holy name my Lord and my God. In Jesus’ name. Amen.