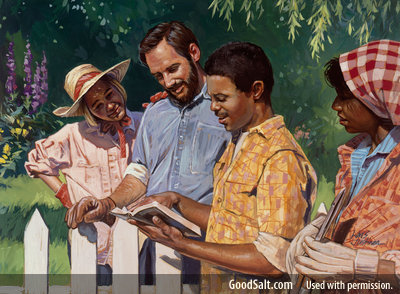 “Most assuredly, I say to you, he who believes in Me, the works that I do he will do also; and greater works than these he will do, because I go to My Father.” John 14:12

Last time we learned we can do greater works than Christ when we grow closer to His Person (John 14:7-11). The second way to do greater works than Christ is to GRASP HIS PROMISE (John 14:12). Jesus said to His eleven believing disciples, “Most assuredly, I say to you, he who believes in Me…” (John 14:12a). Christ is saying, “Anyone who believes in Me will do what I have been doing.” Jesus had been revealing His Father through His words and works. Now He said something that went back to His exhortation in verse 1. If they would have faith in Jesus, the disciples would become instruments through which the Father would reveal Himself through them just as the Father had done through Jesus.

“Most assuredly, I say to you, he who believes in Me, the works that I do he will do also; and greater works than these he will do, because I go to My Father.” (John 14:12b). Christ promises that if they would have faith in Him, they would do “greater works than” He had done on earth. Does that mean they would feed fifty thousand people instead of five thousand people with five small loaves of bread and two sardine-sized fish? No. Does it mean the disciples would calm an entire ocean instead of a lake? No. Does it mean they would resurrect a man who has been dead forty days instead of Lazarus who had been dead four days? No.

Christ is saying the disciples would do “greater works” in EXTENT than Jesus did on earth, not “greater works” in QUALITY. Jesus only lived in Palestine, but the apostles would travel throughout the known world. The reason His disciples would do greater works than He had done is because He would “go to the Father.” Later Jesus would explain that when He went to the Father, He would send the Holy Spirit to assist them in the ministry (cf. John 14:16-17; 15:26-27; 16:7-11).

What Jesus means here can be seen in the book of Acts. The miracles of the apostles were no greater in quality than Jesus’ miracles. In fact, none of the apostles changed water into wine, created food (loaves and fish), calmed the sea, withered a fig tree with their spoken word, walked through a door, nor walked on water (Peter only walked on water when Jesus was present and with His help).

The apostles did no more healing miracles (including raising the dead) or casting out demons than Jesus did. In fact, it could be argued that they did less. Miracles are important, but the apostles did even greater works than these by preaching the gospel to thousands of people. On the day of Pentecost, Peter preached a sermon and three thousand people were converted (Acts 2:41). Some Bible students argue that there were more converts after Peter’s first sermon than are recorded during Jesus’ entire earthly ministry. The apostles shared the gospel well beyond Palestine and in this sense, they did greater works than Jesus.

The chorus of the hymn, “It took a Miracle,” goes:

“It took a miracle to put the stars in place;

It took a miracle to hang the worlds in space;

But when He saved my soul, cleansed and made me whole;

It took a miracle of love and grace.”

The greatest miracle of all is the conversion of a sinner by God’s amazing grace.

As followers of Jesus, we can do “greater works” in extent than Jesus did when He was on earth in the sense that He never physically lived in your town or community. He never walked bodily down the streets of New York City or Manila in the Philippines. He did not visit Rome, Italy or Rio de Janeiro, Brazil. Nor did Jesus work with the people whom you work with nor live next to your neighbors.

You can tell religious people like Nicodemus that they must be born again (John 3). You can tell people here with no hope like the Samaritan woman at the well, that there is hope in the Savior of the world (John 4). You may not be a Billy Graham or a Mannie Pacquiao, but the fact that you are physically present here and can personally minister to these individuals means you have a ministry beyond those gifted men. You have a unique opportunity to share Christ in the area where you live like never before! Christ only lived in Palestine, He did not live in the Philippines or in the United States.

So Jesus wanted to convince His disciples He was not disbanding them in anticipation of His departure. Rather, He was expecting them to continue His work and do even greater things than He had done while He was away. And He is counting on you and me to do the same. Instead of being so preoccupied with the spread of Covid-19, let’s be more preoccupied with spreading the gospel of Jesus Christ around the world!!!

Prayer: Lord Jesus, You could have entrusted Your gospel message to angels to proclaim it around the world. But instead You have entrusted every Christian with the privilege of proclaiming Your life-changing gospel message with the people in our lives. Help us to believe Your promise of doing greater works in extent than You did when You lived in Palestine. You have given us everything we need to continue Your work here on earth – Your promises, the privilege of prayer, a new nature, and the Holy Spirit to empower us. Thank You, my Lord and my God, for giving us such an incredible opportunity to represent You where we live. By Your grace, may each of us make You known to others all for Your glory. In Your mighty name I pray. Amen.