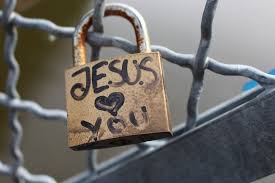 When a person believes in Jesus Christ for eternal life (John 3:16) he or she is secure forever in Him. Here are thirty-three reasons why this is true:

3. The Simple Look of Faith. John 3:14-15. Just as the afflicted Israelite could look in faith at the bronze serpent lifted up on the pole and “live” (Numbers 21:8-9), so too, the one who looks in faith to Christ who was “lifted up” on the cross will “live” eternally.

6. Permanent Thirst Quencher. John 4:10-14; 6:35; Revelation 22:17. Whoever drinks of the living water that Christ freely offers will “never thirst” again. The phrase “will never thirst” is highly emphatic in the Greek language (John 4:14a; 6:35b). The need which this water meets can never reoccur. Christ calls this “living water” eternal life in John 4:14b. Therefore, eternal life can never be lost because a believer can never thirst again for it.

7. Free from Judgment. John 5:24; Romans 8:33-34. When a person believes in Christ for eternal life, he or she possesses “eternal life, and shall not come into judgment, but has passed from death into life” (John 5:24). For the believer, assurance is available at the moment of faith because Christ guarantees that there is no judgment. That is to say, there is no judgment to determine whether a believer goes to heaven or hell because the believer already has eternal life. He has passed from death to life already. When an individual trusts Christ, he is translated from the sphere of death (where a non-believer has nothing in him which is acceptable to God – John 3:18; Rom. 3:9-20; 8:8) to the sphere of life (where the believer is totally acceptable to God – John 5:24; Heb. 10:10, 14). In the sphere of life, God has no charge against the believer (Romans 8:33-34). The believer is justified (declared totally righteous) of all things on the basis of his faith (Romans 3:21-26; 4:5, 8; 8:33-34). Therefore, no one is able to threaten a believer’s eternal destiny!

8. No More Hunger. John 6:35, 48-51. Whoever eats of the Bread of life shall never hunger again. The need which this bread meets can never reoccur. Christ identifies Himself as the Bread of life in John 6:33, 35; 6:48, 51. “Eating” and “believing” are synonymous in John’s Gospel because both are the means for obtaining eternal life (John 6:47, 50-51, 58). Hence, believing in Christ satisfies an individual’s spiritual hunger forever. Therefore, a believer cannot ever lose eternal life because he can never hunger for it again.

9. Guaranteed Resurrection. John 6:37-40. Every believer in Jesus not only has eternal life, but will still belong to Christ when he or she is resurrected on “the last day.”

11. The Secure Grip. John 10:27-29. The believer is securely held by both God the Son’s and God the Father’s hands and they will never let him go. Nor is anyone, including the believer, strong enough to escape God’s grip. So the believer’s eternal security is not based upon his or her grip upon God, but upon God’s forever grip upon him or her.

12. Guaranteed Destiny. John 11:25-26. Christ guarantees the eternal destiny of every person who believes in Him. He promises a future resurrection and never-ending life to those who believe in Him.

13. The Eternal Comforter. John 14:16-17. Jesus promised that the “Comforter” (lit. “called to one’s side, called to one’s aid”), the Holy Spirit, would personally take up residence in the believer’s body “forever.” Therefore, there is never a time when a believer is without the God of the universe living in him or her.

14. Finished Work. John 19:30. Immediately prior to His death, Jesus referred to His finished work on the cross when He said “It is finished” (tetelestai). This verb is in the perfect tense, which denotes existing results to the present from a completed action. This means Christ made the full payment for our sin debt when He died on the cross and it remains paid in full to the present. Therefore, a believer’s salvation is just as complete and secure as the work upon which it rests.

16. God’s Love. I John 4:9-10. God manifested His love toward us when He sent His Son so that we may possess eternal life through Him. This love was not a response to man’s love, but was God’s initiative. God’s Son became the “propitiation” (lit. “satisfaction”) for our sins. Therefore, eternal life cannot be lost by the believer because Christ has satisfied God’s holy nature forever by taking the punishment for our sins. Because of Jesus’ death, God’s holy character is free to pour out His love (His best) on those who believe in His Son.

17. The Irrevocable Gift. Romans 11:29. The gifts of God, including eternal life, are irrevocable, i.e. incapable of being recalled or taken back by the Giver.

19. The Inseparable Love of God. Romans 8:35-39. No one and nothing and can separate a believer from God’s love in Christ. Remember, “any other created thing” includes “you.”

22. Unlimited Forgiveness. Ephesians 1:7; Colossians 1:14; 2:13; 3:13; Hebrews 10:17-18. Christ’s death provides unlimited forgiveness for the believer. All sins we have ever done or will do were future looking from the cross – everything is forgiven.

23. Sealed Until Delivered. Ephesians 1:13-14. When an individual believes the truth of the gospel, he or she is “sealed” by the Holy Spirit until the day of redemption. There is no power greater than God who can break the seal (not even Satan or the believer himself). Something that is sealed by God is as secure as God’s promise, and in the case of the believer His promise is to keep the believer until he is safely and securely delivered in to the presence of God forever.

25. Completed Salvation. Ephesians 2:8-9. The use of the perfect tense verb conveys existing results to the present from a completed action (“you have been saved”). Therefore, a believer’s salvation exists in a finished state which cannot be altered or taken away.

26. Citizens of Heaven. Philippians 3:20. The apostle Paul gives a positive reason why believers should follow his example of spiritual progress (3:12-17) and it is because their citizenship already exists in heaven. Since Philippi was a Roman colony, its residents were “citizens” of Rome who enjoyed the same rights and privileges as if they were living in Rome. So Paul is arguing that just as the believers were Roman citizens even though they were not living in Rome, so too, they were citizens of heaven even though they were living on earth. This citizenship is not future, but it already exists for the believer because the copula verb “is” (huparchei), stresses actual existence. The believer’s eternal destiny is so certain that their citizenship in heaven already exists.

28. God’s Faithfulness. 2 Timothy 2:13. If we don’t believe in Christ any longer (“we are faithless”), God “remains faithful” to His promise of eternal life. He “cannot deny Himself” including believers who are members of His body.

29. Unfaithful Believers Are Still in God’s House. 2 Timothy 2:17-21. Although some believers’ faith may be overthrown by false teaching, their eternal destiny is not endangered, “the solid foundation of God stands, having this seal: ‘The Lord knows those who are His.’” God “knows” intimately all those who have a relationship with Him, including believers with faltering faith. For God’s house is composed of both faithful (“vessels of … honor”) and unfaithful believers (“vessels of … dishonor”).

31. Unconditional Acceptance. Hebrews 10:10, 14. Christ’s completed work on the cross makes believers unconditionally and completely acceptable (“perfect”) to God forever. To be “sanctified” means to be “set apart” from our guilt and shame forever. Note the perfect tenses (“have been sanctified,” in verse 10 and “has perfected” in verse 14).

32. A Permanent Helper. Hebrews 13:5-6. Believers are to be content with what they have because they will always possess the permanent assistance of the Lord: “I will never leave (lit. “abandon or desert”) you nor forsake (lit. “to leave helpless”) you.” Since the Lord will never turn His back on the needs of believers, it is impossible for them to be without God’s security forever.

33. Eternal Names. Revelation 3:5; 13:8; 17:8; 20:15; 21:27; Luke 10:20; Philippians 4:3; Hebrews 12:23. When the world was created, God wrote the names of those who would receive eternal life in the Book of Life in anticipation of Christ’s death (Rev. 13:8; 17:8). Every believer’s eternal identity rests on the fact that his name is written in heaven (Luke 10:20). Revelation 3:5 affirms that an overcoming (victorious) believer will not have his name erased from the Book of Life. Since this phrase is a figure of speech called a litotes (i.e. a positive affirmation expressed by negating its opposite), John is saying that an overcoming believer’s eternal name is supremely secure. It is not logical to conclude that a non-overcoming believer will have his name erased from the Book of Life because a litotes is not making a negative affirmation, but rather a positive one. The overcoming Christian’s honored name will never be erased. For the overcoming Christian, his reward is anything but the loss of his eternal name. This relates to his or her eternal reward as seen before and after this part of the verse: “they shall walk with Me in white, for they are worthy. He who overcomes shall be clothed in white garments, and I will not blot out his name from the Book of Life; but I will confess his name before My Father and before His angels” (Rev. 3:4b-5). Revelation 3:5 is not commenting on whether some name will or may be erased, but rather that certain names shall in no way be erased, but confessed or recognized for faithful service before God the Father and His angels. Revelation 3:5 is not talking about salvation, but rewards for discipleship. This can be seen in Revelation 3:4 as only the worthy ones will walk with the Lord in white, and so in 3:5 only those who are worthy will have their name publicly recognized before God the Father and His angels.

Conclusion: The security which God provides believers forever is intended to motivate them to faithfully live for Christ in the power of the Holy Spirit until they go to be with Him (2 Corinthians 5:14-15; Galatians 2:20; 5:16-26; I John 4:19).