This is the first video in a series entitled, “Real Solutions to Real Problems. You will learn how to cope with stress by discovering how to apply biblical principles from the life of Jesus Christ. 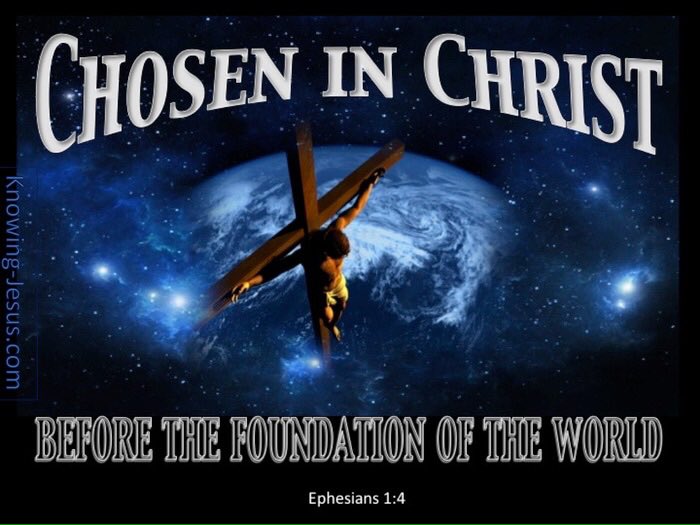 “Just as He chose us in Him before the foundation of the world, that we should be holy and without blame before Him in love.” Ephesians 1:4

The phrase “in Him” is used 120 times in the New Testament and refers to how God sees us in Christ. The Bible tells us that before the world was made (“before the foundation of the world”), God “chose us … that we should be holy and without blame before Him in love” (Ephes. 1:4).

Many people in the world feel unwanted and unloved. I can remember dreading recess in elementary school when we would play baseball. We had two captains who would choose their teams. I wasn’t that good at baseball so I was one of the last to be chosen. That is such a yucky feeling to not be wanted whether it has to do with being on a sports team, in a circle of friends, or even in a marriage.

But God tells Christians that He has always wanted to be in a relationship with them. He planned His relationship with them before the world began. He selected us to be covered by Jesus’ “love” so that God sees us positionally as “holy and without blame before Him.” Therefore we do not need to seek to be wanted by others because we were wanted by the most important Person in the universe – our Creator God!

When couples get engaged, they often wait at least a year before they get married. Why? Because they want to have enough time to plan and prepare for such an important event. God’s relationship with us was so important to Him that He began planning it before the world was ever made.

Do you ever have doubts that you are important to God? Let God’s Word silence your doubts. You are so important to God that He began planning His relationship with you before the world was ever created.

Prayer: Father God, help me to see myself through Your eyes as extremely wanted and loved by You through Your Son, Jesus Christ. His love covers me so You see me as completely holy and without blame. Please help me to live out my position in Christ by living a holy and blameless life before Him. In Jesus’ name. Amen.