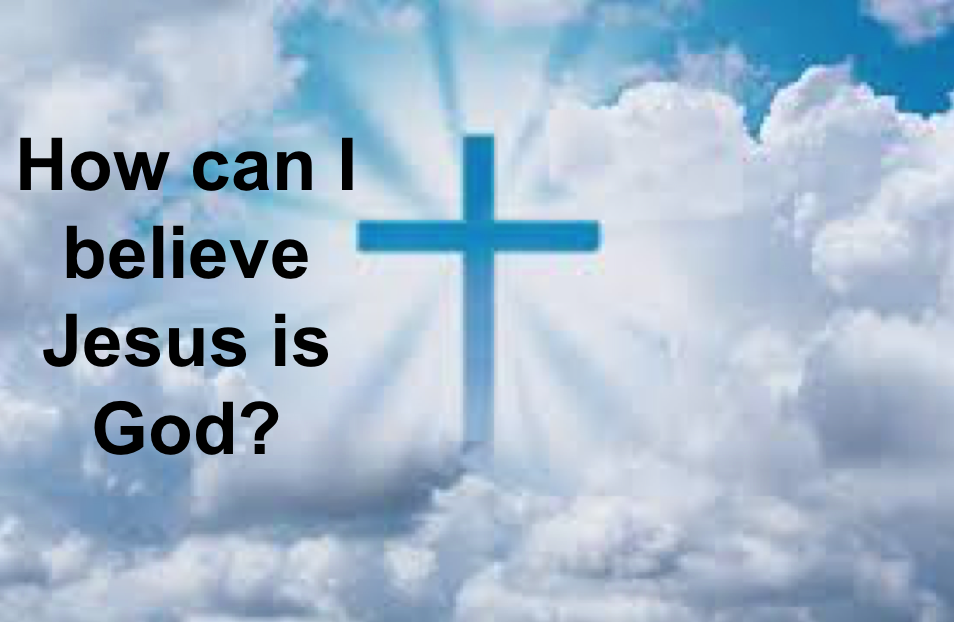 In the first part of John chapter 5, Jesus had healed a man on the Sabbath and the Jews sought to kill Him all the more because He not only broke their Sabbath traditions, but He also claimed to be equal with God (5:1-18). When people heard Jesus’ claims, many of them asked, “How do we know He is telling the truth? What evidence does He give?” Knowing the hearts and minds of the religious leaders, Jesus proceeds to call upon five witnesses to back up His claim to be equal with God the Father (5:31-47).

1. THE WITNESS OF GOD THE FATHER (5:32, 37-38). The word “another” (5:32) means “of the same kind as Myself.” Jesus is referring to God the Father. The reason Jesus is so bold about His equality with God is because He is conscious of His Father’s continual confidence and support. God the Father’s witness of Jesus (5:37) is seen when He spoke from heaven at Jesus’ baptism: “This is My beloved Son, in whom I am well pleased” (Matthew 3:17). These religious leaders are ignorant of God the Father’s testimony of Jesus because of their unbelief. So Jesus’ claim to be God is valid because there is no higher court of appeal than God the Father Himself.

3. THE WITNESS OF JESUS’ MIRACULOUS WORKS (5:36) which included changing water into wine (2:1-11), healing both the nobleman’s son in Capernaum (4:46-54), and now the lame man at the pool of Bethesda in Jerusalem (5:1-15). In fact, the people listening to Jesus saw this lame man rise out of paralysis into strength and walking again. He was standing before them so that they could not deny the miracle. Christ’s works were superior to John’s words. Only a supernatural Person could perform supernatural works.

“But,” you say, “that was 2,000 years ago. If God would only witness like that again today I could believe in Him.” Well, God does witness like that today. Jesus still performs miracles today. We have seen Him heal people of cancer…broken relationships. We have watched Christ liberate people from drugs and alcohol. He has transformed sinners into forgiven saints!

4. THE WITNESS OF THE SCRIPTURES THEMSELVES (5:39). The Jewish religious leaders devoted their whole lives studying and memorizing the Old Testament because they thought the knowledge of Scripture would give them eternal life (5:39a). There are people like this today, students and scholars who search the Bible, but never find Jesus. Yet Jesus Himself declares, “They [the Scriptures]…testify of Me”(5:39b). Jesus is the main subject of the Old Testament! You will find Him on every page appearing as a type or shadow of things to come. For example, the animal sacrifices pictured Jesus’ death. What an amazing claim this is, “They testify of Me.”

It’s possible to study the Bible, to even give your whole life to it, and never see Jesus. Like many people today, these people thought that knowledge is power, education is life, and if you get knowledge of what God does you will have eternal life. What is the problem? How can people hear and see the truth, study the truth all their lives, yet never come to Christ?

Jesus tells us: “But you are not willing to come to Me that you may have life” (5:40). The problem is the will. The reason they don’t find Christ in their study of the Bible is because they choose not to do so.

Jesus goes on to tell us why someone can read the truth, know it to be truth, know that it speaks of Jesus, know Him to be who He claims to be, and still refuse to come to Him in faith. It is because they are looking for their own advancement. They are out to please themselves and to please other people (5:41-44).

5. THE WITNESS OF MOSES (5:45-47). It is amazing that the very one the religious leaders of Israel are using as their excuse to persecute Jesus, will instead become their accuser. Moses will finally tell them they have ignored his words about Christ.

Many people are like this today. They say, “When I stand before God I will have a lot of things to say to Him. I don’t think He has treated me very fairly. I’ve had a bad deal in life and I’m going to tell Him so.” But on that day, they will stand absolutely silent before God, their own memories will testify that He is right, and they are wrong.

Listen to Jesus’ words: “For if you believed Moses, you would believe Me; for he wrote about Me. But if you do not believe his writings, how will you believe My words” (5:47-48)? If the Jews believed Moses (and they didn’t), they would believe Jesus because Moses wrote about Him. Moses was highly respected by the Jewish nation and Jesus was saying Moses would condemn them because they rejected the Person he wrote about. Jesus is telling us if we don’t believe the truth we know now, we won’t believe when we hear even more truth.

Where does that leave us? We have the witness of the Father, of John the Baptist, twenty centuries of testimony about the power of Jesus to heal people, to turn them around and make them whole, the witness of the Bible, and the witness of Moses. Five witnesses were sufficient to condemn the Jews for their unbelief. The Jews were claiming a legal ground for unbelief (5:31) and Jesus shows them there is no legal basis. Where does that leave us, if we continue to pursue the empty voices of the world and seek for positions of power and influence apart from the will and the glory of God?

If you are a Christian, will you submit to Jesus Christ as God and let Him direct your life even if it means being led up onto a hill to be crucified or serving Him in another part of the world? Are you willing to live for Him and not yourself?

If you are not a Christian, is there anything keeping you from trusting Christ right now to get you to heaven? Because He is God, He is the only One who can give you eternal life. Take Him at His Word when He says, “He who believes in Me has everlasting life.” John 6:47

Prayer: For years I have rejected You my Lord Jesus as a mere prophet or good moral teacher. But now I have been convicted that You are truly God and can give me everlasting life. Please forgive me for the terrible things I have done and said. I come to You now as a sinner who deserves eternal condemnation. I believe You died for me and rose from the dead. I am now trusting in You, Jesus (not my religion, my good life, or prayers) to give me everlasting life and forgive all my sins. Thank You for the everlasting life and forgiveness I now have. In Jesus’ name. Amen.