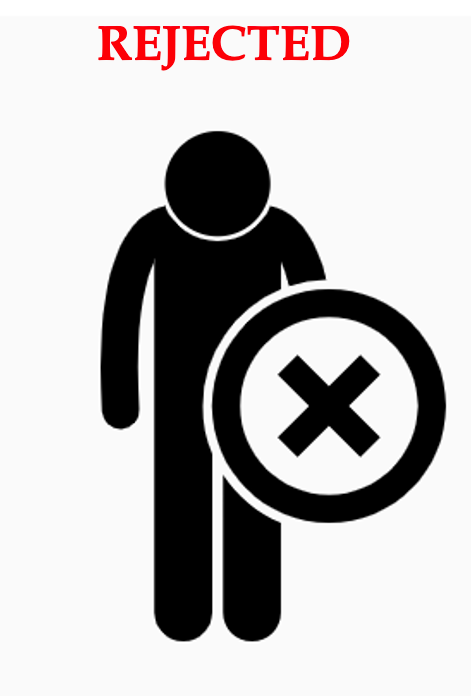 “16 At my first defense no one stood with me, but all forsook me. May it not be charged against them. 17 But the Lord stood with me and strengthened me, so that the message might be preached fully through me, and that all the Gentiles might hear.” 2 Timothy 4:16-17

The last basic cause for loneliness is probably the most serious one that can cause the most pain. It is REJECTION (2 Timothy 4:16a). Rejection is when you feel as though you have been betrayed and abandoned in your time of need by those closest to you. Paul felt this way. He felt deserted. He says of his trial before Nero, “At my first defense no one stood with me, but all forsook me.” (2 Timothy 4:16a).

﻿“Paul’s first defense evidently refers, not to his first Roman imprisonment, about which Timothy would have already known, but to a preliminary hearing leading up to his present trial. At such trials it was common to hear advocates for the accused, but in Paul’s case no one came to his support, but everyone deserted him. The widespread desertion of the apostle may be explained by the fact that, unlike the period of his first imprisonment, it had now become dangerous to be a Christian in Rome. As early as A.D. 59-60 Roman Jews had informed Paul ‘that people everywhere are talking against this sect’ (Acts 28:22). But the ﻿situation had gotten far worse after the fire of Rome in July of A.D. 64. Nero made the Christians scapegoats, and many were tortured and died. The intensity of the anti-Christian pressure must have eased somewhat by A.D. 67, but the thought of identifying themselves with the fearless and outspoken apostle must have been more than the Roman Christians and even Paul’s companions could face. In fact, Paul was understanding toward their unfaithfulness, and he expressed the hope that it not be held against them (cf. Christ’s words on the cross, Luke 23:34).” 1

You can almost hear the pain in Paul’s voice: “When things got tough, everybody left me. When the trial got heated up, nobody was there to support me.” No one spoke up in his defense; everybody abandoned him.

Has that ever happened to you? You were going through a very difficult circumstance, and no one was there to support you? You were perfectly healthy, but your friends treated you like you had the plague? You felt abandoned and forsaken. God says that every human being has an emotional need for acceptance, and when that need is violated, it is a serious sin which can cause deep emotional pain.

Let’s understand that it is not just non-Christians who may reject us. Christians can also reject one another. And this can be the most painful form of rejection of all because we have higher expectations of other believers in Jesus. After all, we are both children of God and we are commanded to love one another as Jesus loved us (John 13:34-35), right?

But Christians are just as capable of rejecting one another as a non-Christian is, maybe even more. Even though believers have more resources than a non-Christian to live in unity (e.g., the indwelling Holy Spirit and God’s Word, etc.), they also have an adversary, the Devil, who seeks to devour them and destroy (I Peter 5:8) the unity Christ prayed for (John 17:20-23), provided (Ephesians 2:14-18), and commands Christians to preserve (Ephesians 4:1-6, 25-32). Satan knows that when Christians live together in unity, they reflect the image of God in a very powerful way. This is why he seeks to divide believers, so the image of God is distorted, and God is not glorified, and non-Christians are not as likely to be drawn to Christ.

If you are struggling to forgive someone who has rejected you, I recommend going back to our previous article (Part 3) where you can prayerfully read and apply that forgiveness exercise to your situation.

After forgiving those who have rejected us, we can then focus on the fourth and final way to deal with loneliness: EMPATHIZE WITH OTHER PEOPLES’ NEEDS (2 Timothy 4:17b). Instead of focusing inward on our own needs, focus outward on other people. Instead of looking inwardly at ourselves, we are to look out to other people. Begin helping other lonely people. That is what Paul did: “But the Lord stood with me and strengthened me, so that the message might be preached fully through me, and that all the Gentiles might hear.” (2 Timothy 4:17). Paul’s aim at his trial was to preach the gospel so “all” his unsaved listeners might hear it and be saved.

Paul was lonely at the end of his life, yet he never forgot his life’s goal – to help other people by sharing the good news of Jesus with the loneliest people in the world – those who do not know Christ. We need to stop building walls between us and others and start building bridges. We need to stop complaining, “God, I am lonely,” and start praying, “God, help me be a friend to somebody today who needs You today. Help me build a bridge instead of a wall.”

Love is the antidote to loneliness. Instead of waiting to be loved, we need to give love, and then love will be given back to us abundantly. The greatest expression of love we can give to a non-Christian is to share the gospel of Jesus Christ with him or her.

What does God have to say to you about your loneliness? First, He would say, “I understand. I really do understand.” The Son of God knows what it is like to be lonely. In Christ’s darkest hour in the Garden of Gethsemane before He was crucified on the cross, His followers fell asleep (Matthew 26:40-45).When the soldiers came and took Him to trial, all His disciples fled the scene (Matthew 26:56b). Soon after that, Peter publicly denied knowing Him three times (Matthew 26:69-75). When Jesus took the sins of the world upon Himself as He hung on the cross, His own Father in heaven abandoned Him (Matthew 27:46). Why?

Because God is holy and perfect and demands that sin be punished. So, when your sins and my sins, and the entire sins of the world were placed on God the Son, Jesus was separated from His Father for the first and only time. Jesus cried out, “My God, My God, why have You forsaken Me?” (Matthew 27:46b). Why did Jesus say those words? So that you and I would never have to. God rejected Jesus so He would never reject us after we believe in Christ (John 6:37-40; 10:28-29). God turned His back on His Son, so that He would never have to turn His back on us.

Do you have Jesus in your life? If not, listen to what Jesus said to a woman who tried to overcome her loneliness through her romantic relationships with men: “10 If you knew the gift of God, and who it is who says to you, ‘Give Me a drink,’ you would have asked Him, and He would have given you living water… 14 whoever drinks of the water that I shall give him will never thirst. But the water that I shall give him will become in him a fountain of water springing up into everlasting life.” (John 4:10, 14).

When we come to Christ on His terms and believe in Him for His gift of everlasting life, we never have to be lonely again. Because the moment we believe in Jesus, He digs a spiritual well in our hearts that gushes up into everlasting life, and never becomes dry. Christ lives in us forever through His Holy Spirit (John 7:37-39). We will never be alone again because He promises never to leave us nor forsake us (Hebrews 13:5). Then He can help us to overcome our loneliness as we connect to Him through prayer, Bible study, and fellowship with other believers. As we stay connected to Jesus and other Christians, Christ can empower us to reach out in love to lonely people around us who need Him.

Prayer: Lord Jesus, all my life I have felt alone and unloved. I did not know how to connect with other people. Nor did I have any love to give to them. Thank You so much for coming to me today to show me that You love me and want a personal relationship with me. Right now, as best I know how, I believe in You for Your gift of everlasting life. Thank You for the everlasting life I now have. Thank You for coming to live inside me through Your Holy Spirit. Please teach me how to know You more intimately and how to make You known to others. I look forward to meeting with You as often as I can. In Your precious name I pray, Lord Jesus. Amen.