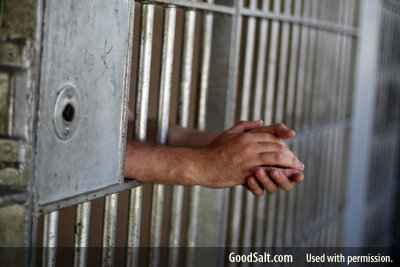 After the beast’s death and resurrection (13:3-4), Satan will give him great speaking ability as he takes his place in the rebuilt Jewish temple in Jerusalem. “And he was given a mouth speaking great things and blasphemies, and he was given authority to continue for forty-two months.” (Revelation 13:5). The beast will use his profound speaking abilities to utter “great things.” He will inspire the whole world with his charisma and eloquence. When he speaks, everyone will listen. 1

“He will have a mouth speaking very great things. He will have perfect command and flow of language. His oratory will not only gain attention but respect. Revelation 13:2 declares that his mouth is ‘as the mouth of a lion’ which is a symbolic expression telling of the majesty and awe-producing effects of his voice. The voice of a lion excels that of any other beast. So the Antichrist will outrival orators ancient and modern.” 2

The Antichrist will also speak “blasphemies” against God by “claiming that he himself is God” (2 Thessalonians 2:4; cf. Daniel 7:24-25; 11:36). 3 Walvoord writes, “It has always been Satan’s purpose to receive the worship due to God alone, as stated in Isaiah 14:14: ‘I will make myself like the Most High.’ This is Satan’s final form of counterfeit religion in which he assumes the place of God the Father, and the beast or the world ruler assumes the role of King of kings as a substitute Christ.” 4

John also informs us that Satan gave him “authority to continue” this blasphemous assumption of the role of God 5 “for forty-two months” which would be the last three and a half years of the Tribulation period.

Since James 3:6 says the unbridled tongue is metaphorically “set on fire by hell,” we cannot begin to imagine the hellish words that will spew from the mouth of the Antichrist against God, His heaven, and His people who dwell there. His motives and manner of deception will be fueled by the unrestricted power of Satan himself. 8 Since Satan had been cast down from heaven to earth (12:9-10), no longer able to accuse believers before God’s throne in heaven, he would now use the mouth of the beast to speak horrible things against God and His heavenly inhabitants for the next three and a half years on earth.

Not only did the beast use his words against God’s people in heaven, but he would also use his military might against God’s people on earth. “It was granted to him to make war with the saints and to overcome them. And authority was given him over every tribe, tongue, and nation.” (Revelation 13:7). Remember how the Two Witnesses were killed by the Antichrist after he rose from the dead at the midpoint of the Tribulation (11:7)? Their murders would mark the beginning of a three-and-a-half-year bloodbath of believers being martyred (“overcome”) by the Antichrist’s regime. 9 Although the beast appears to be victorious during this time, the true overcomers are these martyred believers who will rule and reign with Christ throughout eternity (13:7a; cf. Revelation 2:25-27; 3:21; 20:4; 2 Timothy 2:12).

Because of his persuasive speaking abilities and military success, the beast will become a worldwide dictator with “authority… over every tribe, tongue, and nation.” As Daniel predicted, the Antichrist “shall devour the whole earth, trample it and break it in pieces” (Daniel 7:23).

“If the thought of a world ruler with such sweeping authority seems farfetched, think of Hitler. If not for a series of providential interventions, he might have achieved the goal of world domination. For example, a snowstorm kept the Germans from conquering Russia, and America’s entrance into World War II pushed them back on the western front. Hitler wasn’t the Antichrist, but he was an antichrist. And his near conquest of the world makes an actual conquest by this future leader seem less implausible.” 10

When the apostle John refers to Jesus as “the Lamb slain from the foundation of the world,” he “is emphasizing that Christ’s atoning death for man’s sin from God’s perspective actually is timeless, occurring even before the world was ever created.” 11

Evans states, “The only cause for anyone’s consignment to hell is his or her own personal sin, including rejection of Jesus as Savior. That’s why children who die in infancy and people born with severe mental disabilities go to heaven. They have no conscience, personal sin, or spiritual rejection of the Savior for which to be condemned. Yet when a person knowingly sins and rejects the revelation of God in creation, his or her name is erased from the book of life and only reinserted should he or she place faith in Jesus as Savior.” 12

Finally, God and the apostle John appeal to the readers of the book of Revelation, especially those who will be living during the Tribulation period, to “hear” or pay attention to what God has to say to them. “If anyone has an ear, let him hear.” (Revelation 13:9). It is important to realize that John makes no reference “to the churches,” as he did in similar exhortations in chapters 2 and 3 of Revelation (cf. 2:7, 11, 17, 29; 3:6, 13, 22). This confirms the fact that believers living during the Church Age will not be present on the earth during the Tribulation period because they have been removed via the Rapture (Revelation 4:1-4; cf. I Thessalonians 1:10; 4:13-5:11). 13

“The dream of many today, of a universal church and a universal religion, will be realized in the end time, but it will be satanic and blasphemous instead of involving worship of the true God. In such a situation, appeal can only be made to individuals who will turn from it to God.” 14

The last half of the Tribulation period will be a very difficult period for followers of Jesus. The cost of discipleship will be much greater during this time than it is now, making it less desirable for people to want to be saved. Everyone who refuses to worship the beast will be under a sentence of captivity and death. 15

Believers in Jesus (those whose names are written in the Lamb’s Book of Life) “will have the spiritually enlightened eyes to see through the polished politics and not be intimidated by military might of the Antichrist. They will see him for the monster he really is. But resistance to his regime will have its dreadful consequences.” 16

John seeks to encourage these believers with the following words: “He who leads into captivity shall go into captivity; he who kills with the sword must be killed with the sword. Here is the patience and the faith of the saints.” (Revelation 13:10). Those who are willing to listen are told that their obedience to the Lord Jesus may lead to their “captivity” (imprisonment)or to their martyrdom “with the sword.” Beheading of believers will be the primary form of execution by the Antichrist during this time: “Then I saw the souls of those who had been beheaded for their witness to Jesus and for the word of God, who had not worshiped the beast or his image, and had not received his mark on their foreheads or on their hands.” (Revelation 20:4).

John is reminding these faithful believers that their persecutors will pay for the wicked acts they have committed against them: “He who leads into captivity shall go into captivity; he who kills with the sword must be killed with the sword” (13:10). As followers of the Lord Jesus, their response to their possible imprisonment or martyrdom is “patience” (endurance or perseverance) and unwavering “faith” in the Lord, knowing that He will judge those who mistreat them (cf. Revelation 19:19-21; cf. Matthew 26:52; 2 Thessalonians 1:4-10). 17

What this tells us is when believers in Jesus are convinced that God will bring to justice their persecutors (13:9-10), they will be able to persevere and be victorious for Christ now and receive the ultimate reward of sitting with Him on their thrones in His kingdom (Revelation 13:1-10; cf. 2:26-27; 3:21; 2 Timothy 2:12).

Recently I received an email about the persecution of Christians today in other parts of the world. “Sixteen Christians are murdered every single day because of their faith. A devastating new report details just how explosive and deadly the persecution of Christians has become around the globe… In Nigeria, Christian pastors are beheaded. In India, Christians are jailed and discriminated against. In Pakistan… Christians [are] on death row for their faith… This new report shows that Afghanistan has become the absolute worst place on earth for Christians. The persecution is excruciating… ‘Men, women and children are subjugated, beaten, and executed for their beliefs that differ from the tyrannical Taliban.’ The Taliban is going door to door looking for Christians to kill and unmarried women to take captive. Christians are hiding in their homes and fearing what the Taliban will do to them – a genocidal persecution.” 18

Let’s pause for a moment and imagine what it will be like in the Tribulation. The kind of persecution described in this new report will be commonplace in the Tribulation. All believers in Jesus around the world will be in danger of imprisonment or martyrdom because the Antichrist will have worldwide authority. What would it be like for us to be among faithful believers during those days when Satan’s power and deception will be unleashed like the world has never seen before? We may huddle together for mutual defense and sometimes we may stand alone before our persecutors. How would we endure such satanic opposition and oppression?

Revelation 13:9-10 tells us when believers in Jesus are convinced that God will bring to justice their persecutors, they will be able to persevere and be victorious for Christ amid persecution so they can receive the ultimate reward of sitting with Jesus on thrones in His kingdom and share a special intimacy with Christ. Some believers will receive greater authority for being faithful than others who have not been as faithful (cf. Matthew 25:20-30; 2 Corinthians 5:10; Revelation 22:12). This is intended to motivate believers facing persecution to faithfully endure for Christ to the end of their lives.

Prayer: Father God, thank You for Your Word that points us to Christ whether we are living in the future Tribulation or the current church age. Even though we are not living in the Tribulation, the spirit of the antichrist is already at work in the world promoting opposition to God and His people. We need Your spiritual discernment, Father, in an age of deception and manipulation so that Jesus Christ alone is given our allegiance and the Bible remains our final authority. May the gospel of salvation by grace, through faith alone in Christ alone, be at the center of our lives so more unsaved people discover the hope of everlasting life that can only be found in Jesus. When we face persecution, please grant us the grace to believe You will bring justice our persecutors so we can faithfully persevere and receive the ultimate reward of sitting with Jesus on thrones in His kingdom and share a special intimacy with Him. In Jesus’ mighty name, we pray. Amen.

18. Taken from a February 2, 2022, email from Jay Sekulow, Chief Counsel of the American Center for Law and Justice.