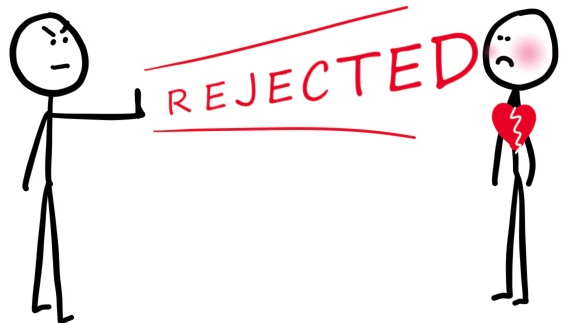 “But all these things they will do to you for My name’s sake, because they do not know Him who sent Me.” John 15:21

As Christ anticipates His departure to be with His Father in heaven, He directs His eleven believing disciples to their relationship with the world (John 15:18-16:4). Jesus wanted to prepare His disciples (and us) for the opposition they would face after He ascends to the Father in heaven. From His instruction, we are learning how we can be effective witnesses to a hostile world.

How the world responds to us is more often connected to who Jesus is, not who His witnesses are, unless we are behaving carnally. The reason people rejected Christ is because “they do not know” the Father “who sent” Jesus. They were ignorant of Christ’s origin and relationship with God the Father because they were spiritually blind.

These miraculous works unmistakably revealed that Christ was equal with the Father as God. If Christ had not come, “they would have no sin” (John 15:22, 24) or guilt for the sin of refusing to believe in Him. Refusing to believe in Jesus is the ultimate rebellion against God the Father. ﻿People cannot talk about how much they love God while simultaneously rejecting His Son. 1 To reject One is to reject the other since they are both equally God.

Their hatred of Jesus reflects their hatred toward His Father in heaven because Jesus is a perfect reflection of the Father as God. To reject Jesus is to reject God the Father because Jesus is equally God. The Jews knew they were born into sin, but the Pharisees thought they were now without sin by obeying the minute details of the law. So the world hated Christ because He exposed their sin. Jesus said, “The world cannot hate you, but it hates Me because I testify of it that its works are evil” (John 7:7).

The world’s hatred toward Christ also fulfilled what king David wrote in Psalm 69:4 hundreds of years before Christ came to earth. “But this happened that the word might be fulfilled which is written in their law, ‘They hated Me without a cause.’ ” (John 15:25). ﻿As the wicked showed their hatred for King David, so they showed hatred for the promised Son of David. 2

Jesus did not depreciate the Law, He fulfilled it. There is no reasonable basis to reject Jesus as the Christ, the promised Messiah, the Son of God, because both His words and His works provide sufficient evidence to believe in His Person. Jesus is the only sinless Person to ever live because He is God (John 1:1, 14; 2 Corinthians 5:21; Hebrews 4:15). However, there is a touch of irony here. The men who were champions of the Law, who supposedly knew the Old Testament very well, these experts of the Law fulfilled prophecy concerning the enemies of God’s Messiah. The purpose of God was fulfilled by these religious men.

To be an effective witness for Christ, we must accept that the world does not hate us, it hates Christ in us. Some of us may have a difficult time when hatred is directed toward us because we want people to like us. We may feel responsible for their hatred toward us. Often times if we have unresolved trauma from our past, we tend to take things more personally. It is difficult for us to separate our past trauma from our present circumstances. But as we invite Jesus to heal those past wounds, He can enable us to become more whole so we can live more in the present instead of in the past.

People in our communities may dislike us for being vocal about Jesus Christ. Religious people are often the most hateful people toward those who preach Christ crucified. This is true in America, North Korea, the Middle East, Africa, and India. Why? Because the message of the cross exposes their sinfulness and they are too proud to admit they need a Savior.

When asked, “What is keeping you from trusting Christ alone as your only way to heaven?” religious people often respond the same way another woman did when asked to write down five reasons why she couldn’t trust Christ as her only way to heaven. She wrote this:

Don’t let “me” stand in the way of coming to faith in Christ. Remember when Jesus took your place on the cross, “you” were foremost on His mind. He died for YOU! 2  Do not let your pride keep you from trusting in the Only One who can save you from an eternity separated from God!

Prayer: Lord Jesus, thank You for opportunities to grow in my relationship with You. When I experience rejection from people, it often triggers an overwhelming emotional response inside of me. Thank You for revealing to me that much of that emotional reaction is connected to painful experiences in my past. Right now, I want to invite You to walk with me through those dark painful memories so Your healing grace can set me free from my past. I am grateful that You are showing me that people do not reject me personally, but You and Your message, when I share the gospel with them. Please help me to remember this when I encounter opposition from the world. Lord, I also want to lift up those You are drawing to Yourself. Please show them that You are equal with God the Father and that to reject You is to reject the Father. May Your Holy Spirit persuade them to believe in You alone for Your free gift of everlasting life. In Your life-giving name I pray. Amen.