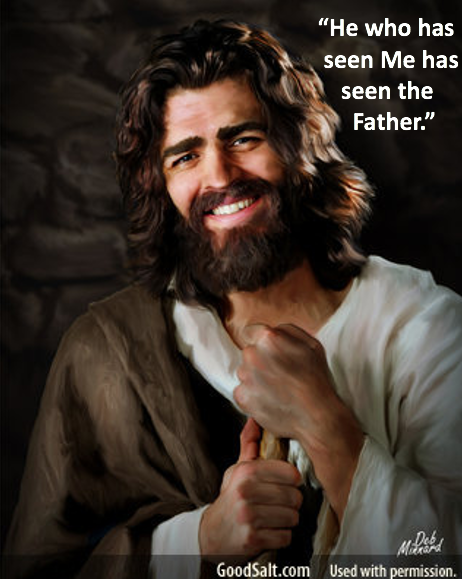 “Mirrors have been around for a while, but they haven’t always been made of glass. The first mirrors, from around 600 B.C., were very simple. They were polished surfaces from natural materials that could reflect an image. After a while, people started making mirrors from copper, bronze, gold and silver. These metals are heavy, so the mirrors were very small. They couldn’t really be used to see a reflection so they were mostly for show.

“Glass mirrors like we have today were first made in the Middle Ages. They didn’t have the modern technology used today, so the mirrors were difficult to make and expensive. In the Renaissance period after the Middle Ages, the technique of making mirrors developed. Mirrors could show a clearer image. Artists even used mirrors to paint self-portraits. They were still very expensive so only the rich could afford them. The process for making modern mirrors was developed in 1835.” 1  Mirrors are used by us all in bathrooms, bedrooms, cars, etc.

In our study of the gospel of John, we are going to see that Jesus Christ mirrors God the Father and His desire is for His followers to do the same. Jesus had announced to His disciples that He was going to His Father’s House in heaven to prepare a wonderful place for them (John 14:1-3a). He also promised to return for them to take them to His Father’s house where they could be with Him forever (John 14:3b). Thomas did not understand Jesus’ reference to His Father’s house (John 14:5). Since Jesus had said they could not come there (John 13:33-35), Thomas wanted to know how they could know the way to His house. Jesus explained that He was the way there (John 14:6).

From John 14:7-14, we will discover how to do greater works than Christ. The first way is to GROW CLOSER TO HIS PERSON (John 14:7-11). Jesus said to Thomas, “If you had known Me, you would have known My Father also; and from now on you know Him and have seen Him.” (John 14:7). The disciples may have felt strange going to the Father’s house because they had not met the Father yet. Perhaps they thought, “How can we go somewhere we have never been? We cannot go to a stranger’s house without being invited first. Lord, we have never been introduced to Your Father. Shouldn’t we get to know Him first before moving into His house?”

Jesus states, “If you had known Me, you would have known My Father also.” (14:7a). The word “known” (ginoskō) means to “know by personal experience.” 2  Christ is saying, “If you had known Me more intimately, you would have known My Father” because I am a perfect reflection of Him. To know Jesus is to know His Father because as God, He is the perfect reflection of the Father. Christ then promises, “And from now on you know Him and have seen Him.” The disciples’ knowledge of Jesus and His significance were incomplete. But after Jesus’ death, resurrection (John 20:28), and ascension followed by the coming of the Holy Spirit, their knowledge of Christ would become more mature. 3

“Philip said to Him, ‘Lord, show us the Father, and it is sufficient for us.’ ” (John 14:8). While Philip was intimately associated with Jesus, he felt he did not know the Father so he asked Christ to reveal the Father to them. Philip wants to see the Father for himself. Maybe he wants a visible display of the Father’s glory like Moses, who got to catch a glimpse of God’s glory (cf. Exodus 33:12–34:9). Philip, however, is a realist. “Show us the Father, Lord, and that will be enough for us. We cannot know Him unless you introduce us to Him.”

But Philip doesn’t understand that fully revealing God the Father was exactly what Jesus had come to do. “No one has seen God at any time. The only begotten Son, who is in the bosom of the Father, He has declared Him.” (John 1:18). When Moses saw God in the Old Testament, those encounters with God did not reveal the fullness of His glory or His unveiled divine essence. If people saw God’s unveiled glory or divine essence, they would not live (cf. Exodus 33:20).

The word “declared” (eksēgéomai) is where we get our English words, “exegete” and “exegesis” from. In seminary, we learned to “exegete” or explain God’s Word, the Bible. We were taught to “read out” of the Bible God’s intended meaning through a grammatical, historical, and literal interpretation instead of “reading into” the Bible our own biases and assumptions. God became a Man without ceasing to be God in the Person of Jesus Christ in order to “declare” or explain what God is like. When you see Jesus Christ you see God because Jesus is God!

Philip did know Jesus in one sense. He was a saved man and possessed eternal life by believing in Christ (cf. John 1:43-50; 2:11; 13:10-11). He knew Jesus as his Savior, but he did not know Him in a deeper way. He did not know how perfectly Jesus reflected the Father. To see Jesus is to see God the Father because Jesus is God! Christ could make this incredible claim because of His oneness with the Father. Christ is saying, “After all these years together, Philip, how can you say, ‘Show us the Father?’ ” Jesus’ union with the Father was so natural that he was surprised that Philip had not noticed.

“Do you not believe that I am in the Father, and the Father in Me?” (John 14:10a). Jesus’ question expects a negative answer. Christ explains that He has revealed the Father to them in two ways. First, His words had revealed the Father. “The words that I speak to you I do not speak on My own authority.” (John 14:10b). Jesus’ teaching did not originate from Himself, but from His Father. Jesus depended on His Father for the words He was to speak. Christ’s teaching originated in heaven, not on earth. His words change the hearts of men and women, boys and girls. No man-made teaching can do what God’s Word can do.

Secondly, Christ’s works had revealed His Father. “But the Father who dwells in Me does the works. Believe Me that I am in the Father and the Father in Me, or else believe Me for the sake of the works themselves.” (John 14:10c-11). From a human point of view, Jesus does the works, but in actuality they are called the Father’s “works.” Jesus says, “Believe Me that…” not “Believe in Me…” This a reference to the mutual indwelling of the Father and Son which makes Jesus trustworthy. Miracles permit the observer to see Christ’s Person. They persuade people to believe that “Jesus is the Christ, the Son of God, and that believing you may have life in His name” (John 20:31). So both the words and works of Jesus are a perfect reflection of the Father.

The fact that God exists eternally in three Persons emphasizes the relational aspect of the God of the Bible. All three Persons of the Godhead have loved each other forever. They have always functioned harmoniously with one another. And God wants the same for His people. He wants us to love one another as God the Father, God the Son, and God the Holy Spirit have always loved each other. He wants us to be unified in our purpose as the Persons of the Godhead have always been unified.

In any relationship, the more we spend time with someone, the more their thoughts and words become familiar to us. As we share various experiences together, their actions will reflect their character to us. What is true in our human relationships is also true in our relationship with Jesus. We will not do greater works than Christ if we are not growing closer to Him. How can I reflect Jesus’ words and works if I do not know what He said or did? But if I am growing closer to Christ, His words and works can be manifested with my lips and life so that non-Christians can come to know Him personally.

Prayer: Lord Jesus, thank You for leaving the glory of heaven to come to this dark and sinful earth to reveal what God is like to all of humanity. So many broken people have misconceptions about God because of their experiences with other broken people. But You, Lord God, came to earth to explain what God is like so we could learn to trust You and grow closer to You as the perfect reflection of God the Father. The more I spend time with You, the more Your words and works become a part of my lifestyle. Please use me to reflect You in all I think, say, and do so others can be drawn to You and discover Your outrageous love for them. In Your amazing name I pray, Lord Jesus. Amen.

1. http://discoverykids.com/articles/what-is-the-history-of-mirrors/]. Mirrors are used by us all in bathrooms, bedrooms, cars, etc.